Digital Signage: The Next Big Thing?

You Are Here: Home / Blog / Signage / Digital Signage: The Next Big Thing?
signfx No Comments

Could digital signage be getting its big break? 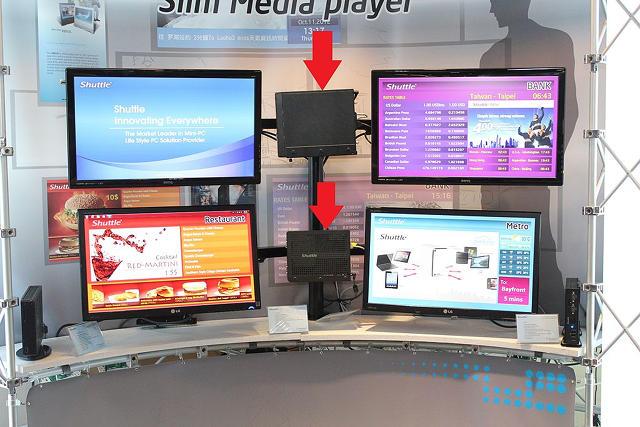 If you take a train or jet off a lot, you would be familiar with the joys of digital displays. Usually, digital signage displays the arrivals and departures at your favoured railway station or airport. Or to peddle the latest ‘must-have’ gadgets, clothing, fragrances or cars. Today, similar technology is touted for use in corporate signage. Instead of the luxury goods you yearn for, they could display one or more versions of your company logo.

In one way, the affordability of digital high definition monitors has brought digital signage to small businesses. At the local takeaway, or the multinational burger joint, flat screen displays have replaced resin signage. Out is a form of signage, which may be untidy if the prices are altered. Out go poorly exposed pictures of food (possibly of 1970s origin). In come HD displays with clear text and graphics, with food that looks good enough to eat.

Instead of buying flat screen monitor displays, digital signage could be part of embedded displays on vending machines. The Internet of Things could see digital signage moving on from being glorified PowerPoint presentations. Thanks to the Californian company, BrightSign, the above is possible. Their HD223 I/O player allows for fast streaming of full HD video and digital audio.

Where digital signage comes into its own

As soon as digital signage becomes more mainstream, you can be sure that SignFX will be at the forefront of this development. We love its versatility, even the potential to create seasonal versions of corporate logos (with the client’s consent of course). In about two to three years time, this could be a mainstream form of technology instead of a niche development.